Popcorn is a delicious snack, but have you ever wondered if the kernels for this snack are seeds? Popcorn is a type of corn with a hull, or outer layer, harder than most other types of corn. So, would it be theoretically possible to grow your own popcorn?

A popcorn kernel is a type of seed. This seed contains a small embryonic plant inside of it. When popcorn kernels are heated, the water inside the kernel turns to steam and expands rapidly. It’s possible to grow your popcorn from the kernel if it’s relatively fresh and under the right conditions.

Read on to learn more about whether popcorn kernels are considered seeds, if they can be planted, where popcorn comes from, and more.

A seed is defined as a small, usually oblong structure containing an embryo consisting of an outer layer that may be rich in lipids or stored food and a tiny plantlet that can grow into a new individual.

Popcorn kernels are seeds because they contain an embryo and can grow into a new individual. This means that popcorn is a type of corn that can be planted.

Plant the round, white kernels in soil or potting mix with adequate drainage will germinate into stalks that produce ears filled with seeds. Popcorn can be grown as a garden vegetable if you plant it in an area where the growing season is long enough.

Can You Plant Microwaveable Popcorn?

Although popcorn is grown for its delicious kernels, if you have stored popcorn from the last season, you may be wondering whether you can plant the kernels from your stored crop to grow more popcorn.

You can’t plant microwaveable popcorn kernels because the seed inside the kernel is very old and no longer viable. Instead, you must use young popcorn kernels — those that have just been removed from a plant — to grow new crops of the tasty snack successfully.

Are Corn Kernels Seeds Or Nuts?

Corn kernels, including popcorn kernels, aren’t considered seeds because they come from a type of plant called an annual. Annual plants complete their entire life cycle within a single year. This means they sprout from seeds, grow to maturity, and produce another batch of seeds before dying at the end of their first year.

Corn kernels are neither nuts nor seeds because they don’t grow into mature plants. Instead, they’re simply produced by corn plants and can be eaten as a snack or used in various tasty dishes. Corn kernels are actually fruits of corn.

Corn plants are annuals because they require exposure to cold conditions for their seeds to mature after they germinate. If not for this exposure to cold temperatures, the plants would remain vegetative and never fully develop.

Is Corn A Seed Or Fruit Kernel?

This structure is found on the cob of corn, not in the kernel itself.

Where Does Popcorn Come From?

Popcorn is thought to be one of the oldest types of corn that has ever been used for cooking. Researchers have found traces of popcorn in ancient Native American civilizations.

Popcorn kernels grow on a type of plant called maize, which is part of the grass family. Maize belongs to the genus Zea, which is the same genus that contains other types of grasses such as sorghum and sugarcane.

Maize has been around for thousands of years, and people worldwide have used it to make popcorn.

All varieties of maize are annuals that have their entire life cycle completed in one year. After the plant has produced its seeds, it dies off for the season.

Today, maize is grown worldwide and is a staple for many cultures. Popcorn has become more than just a tasty snack. It has become an important part of many modern manufacturing and production facilities.

What Is the History Of Popcorn?

Popcorn kernels were originally meant to be eaten, but when people realized that they could also create popcorn by heating kernels, they started using it as a source of entertainment.

The history of popcorn can be traced back to ancient times when America’s natives ate popped kernels over a fire. In the United States, the first commercial popcorn machine was created by Charles Cretor in Chicago in the 1880s.

His invention is still used today for popping corn at carnivals and other types of amusement parks.

What Are Common Ways To Eat Popcorn?

People eat popcorn in various ways, and for this reason, it’s available in many different forms. The most popular methods to make popcorn include air-popped or using the microwave and stovetop.

Here are the common ways to prepare popcorn:

Popcorn can be eaten in various ways, but people usually prefer to eat it with salt and butter. Popcorn has a long history because people have eaten it for thousands of years. Many countries worldwide have traditional ways of preparing and eating this tasty treat. 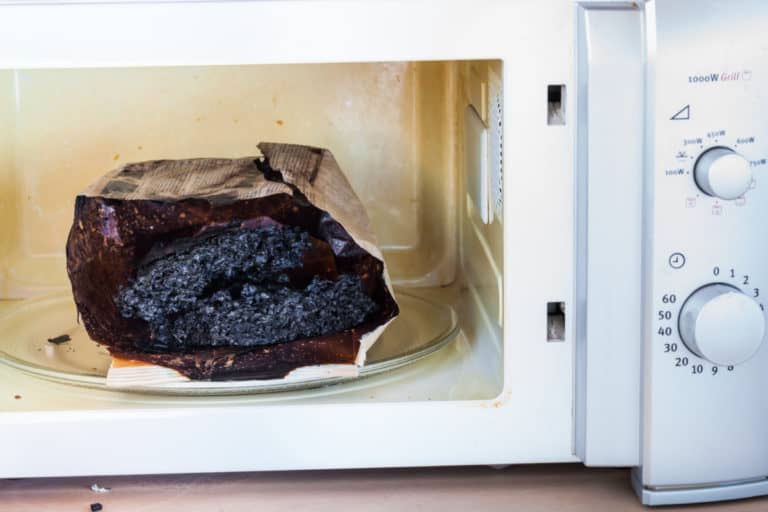 Popcorn is a nutritious and healthy snack that’s easy to prepare, and people of all ages love it. If you love popcorn and want to stock up the corn, you could either store it in a cupboard, refrigerator, or in the freezer. Now, you might wonder whether you can make popcorn from frozen kernels.   You… Popcorn is one of the world’s most popular snacks. Roughly 15 billion quarts are consumed in the United States alone, and January 19 is even specially designated as National Popcorn Day. But while it’s safe for human consumption, can the same be said for sheep? Sheep can eat popcorn because this snack is relatively safe…