Popcorn just so happens to be America’s favorite theater snack, whereas corn on the cob (or sweet corn or whatever you want to call it) is a summertime must-have. The question is, what are the major differences between the two of them, and is one healthier than the other?

The most obvious difference between popcorn and corn on the cob is its appearance. Popcorn while on the cob has a deep orange-yellow color. Sweet corn is mottled yellow and white, field corn is solid yellow, and white corn is, of course, white. There are many other varieties as well.

On the surface, they don’t actually look that different from one another, but popcorn does differ greatly from other varieties of corn. Read on to find out how!

The Main Differences Between Corn and Popcorn

There are dozens of varieties of corn. Popcorn, sweet corn, blue corn, yellow corn, red corn, dent corn (also known as field corn), and flint corn to name just a few. For the sake of space and time, we will focus primarily on comparing popcorn to sweet corn which is one of the most commonly consumed varieties in the United States.

Without further ado, here are some of the main differences between popcorn and sweet corn!

Popcorn kernels have a non-porous surface that traps steam when under heat. When enough pressure builds up, the kernel explodes and turns inside out, exposing the soft, starchy stuff underneath.

2. Popcorn Can’t Be Eaten Off the Cob

Another difference between popcorn and most other varieties of corn is that popcorn is not soft enough to eat right off the cob. As mentioned before, popcorn traps heat inside its kernels rather than releasing it through the surface.

This makes it incredibly tough and unsuitable for human teeth. However, animals such as gerbils do enjoy gnawing on the kernels. Sweet corn (and other varieties) are also used as animal fodder.

3. Popcorn Must Be Dry to Harvest

Sweet corn and popcorn are also harvested differently. Sweet corn is harvested when the tenderness of the kernels comes to a peak. The plants will still be green and alive when you harvest sweet corn.

Popcorn on the other hand has to be harvested when the moisture in the kernels is less than twenty-five percent. Any higher, and the kernels will not pop properly. The plants will have turned completely brown before popcorn will be ready to harvest.

Do you want to know the difference between white and yellow popcorn? Read the article here

4. Popcorn and Sweet Corn Must Be Planted Separately

In addition to being harvested differently, popcorn and sweet corn must be planted separately. The growing and gardening requirements are not hugely different, but if the two different corn plants were to shed pollen at the same time, the quality and flavor of the corn could become compromised.

Another physical difference between the two types of corn is not only the texture, edibility, and taste of the kernels but the shape of the kernels as well. Sweet corn usually has round or even rectangular kernels that are soft and squishy.

Popcorn kernels are never rectangular and are always very round in shape.

6. Sweet Corn can Be Used in Other Foods and Dishes

Sweet corn can be used and is often used to create other foods and corn byproducts such as corn syrup. Popcorn, as we have seen, is simply too hard to be ingested before it is popped. Sweet corn, however (as well as many other corn varieties) is a very versatile vegetable.

One final major difference between popcorn and sweet corn is the nutritional value. Popcorn has a light, fluffy consistency which means it is often fewer calories than corn on the cob. For example, one cup of popcorn would be fifty-five calories while a single seven-inch ear of corn on the cob is 111 calories.

However, popcorn does have a higher fat content than corn on the cob, so just keep that in mind before you chow down on it.

Still wondering of the difference between regular popcorn and kettle corn? Read the article here

Corn vs. Popcorn: The Pros and Cons of Consumption

Now that you know just how different corn and popcorn are, let’s discuss a few pros and cons to consuming both of them. They may surprise you!

Corn kernels are an incredible source of antioxidants that will help you strengthen your immune system. They have also been proven to protect eyes and skin from oxidative stress. Corn also happens to be fairly high in fiber, so your digestive system will thank you if you are in the habit of consuming a healthy diet of corn.

Corn is also naturally gluten-free, making it a popular alternative to wheat. It has a high starch content which means it is not an empty carbohydrate. You can eat corn and still feel full hours later. Additionally, corn is a staple crop that has been shown to improve and maintain heart health as well as control blood sugar levels.

Popcorn is a fantastic, whole-grain alternative to other unhealthier snacks. Not only is it delicious, but because it is so delicious, it helps its consumers to consume greater amounts of healthy whole grains. Plus, like sweet corn, it is packed full of fiber and antioxidants as well, making it a pretty healthy snack of choice.

This is more a matter of opinion, but popcorn is an extremely versatile snack, making it a lot of fun to eat for most people. You can put anything on it from salt and butter to cinnamon and sugar, to chili powder and salt and it will still taste good. This makes it a pretty fun snack.

Though popcorn on its own is healthy, the toppings added may or may not be. Salt, which is often a key topping for popcorn, contains a lot of sodium. Overconsumption of sodium can lead to heart and blood issues. Plus, microwave popcorn is one of the most popular ways people eat popcorn and it is nowhere near healthy most of the time. Adopting a vegan diet and lifestyle is a personal choice that seems to be experiencing rapid growth. New vegans may have to give up some foods they once enjoyed. Is popcorn one of the foods on the chopping block?  Popcorn is vegan. But this is only true when consumed in its purest form. Popcorn can… 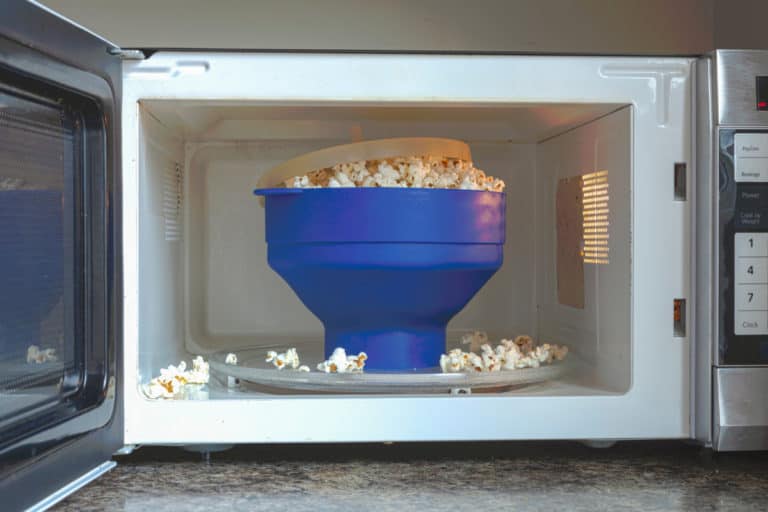