Black popcorn has a bold, rich flavor and a nutty and semi-sweet taste. Many people find black popcorn flavorful by itself and enjoy eating it plain. However, it pairs well with olive oil or a small amount of salt. Black popcorn doesn’t require much additional seasoning to enhance its taste.

Although additional seasoning is often unnecessary, black popcorn seasons very well. To enhance its natural flavor and complement its naturally sweet taste, you can add paprika, ranch, salt, chili powder, bacon, and other seasons. The popcorn is highly crunchy and flaky, and unlike yellow corn, black popcorn’s hull disappears once popped, eliminating bothersome hulls that get stuck in your teeth.

What Is Black Popcorn?

Black popcorn includes popcorn kernels from black ears of corn. Black popcorn originated in Mesoamerican and dated back before the Spanish exploration of the new world. Black popcorn is known for its medium-sized black kernels that pop a surprisingly bright white.

It’s rich in flavor and naturally sweet. Some describe black popcorn as having a nutty taste.

What Makes Black Popcorn So Unique?

Black popcorn is also noticeably crunchier than yellow popcorn, and many people enjoy the crunchy nature. Some people describe yellow popcorn as chewy, but black popcorn has an evident crunch that most find enjoyable to eat.

How Does Black Popcorn Compare to Yellow Popcorn?

Black popcorn compares to yellow popcorn in the following ways:

Let’s look at each of these differences a bit more closely.

Popcorn is a heavily-consumed snack in the United States, and yellow popcorn is the most popular because the farmer can produce it so quickly. Over the years, yellow popcorn has been bred for mass production and distribution. Farmers have modified the seed to grow and harvest it efficiently to be consistent and generic.

Yellow popcorn is designed to pop large, fluffy batches of popcorn, and so the kernel’s hulls are much larger and sturdier than black popcorn’s. This genetic modification and mass production have caused yellow popcorn to lose some of its unique rich flavors.

Black popcorn is also rich in antioxidants and has more antioxidants than any other type of popcorn. It’s an incredibly heart-healthy and low-calorie snack when it’s lightly seasoned.

Black popcorn has also retained its original rich flavor, which yellow popcorn has incredibly lost due to mass production. Because black popcorn is largely untapped by the mainstream market, it remains a delicacy and is considered gourmet popcorn. Its bold flavor is evident, and many people prefer to eat it without adding butter or seasonings.

How Should You Prepare Black Popcorn?

If you’re popping your kernels, you should pop black popcorn over the stove or in an air popper. Use your choice of cooking oil to pop the kernels. You can add salt or other seasonings if you desire after the popcorn has popped.

Many people enjoy adding popcorn seasonings like ranch, cheese, etc. to their black popcorn. Bacon is a popular addition to black popcorn, and many people prefer adding a hickory-smoked bacon flavor to the nutty and naturally sweet popcorn.

Melted butter is another excellent option for black popcorn, as it can enhance the rich, nutty taste. Cheese powder is great, too. Coat your popcorn with a butter-flavored non-stick cooking spray and sprinkle popcorn cheese on top of your popcorn. The powdered cheese should coat the popcorn and nicely balance out the sweet taste in black popcorn.

Black popcorn tastes nutty and a little sweet. It has a rich, bold flavor that’s evident among tasters. Many people enjoy its crunchy, flaky texture. Unlike yellow popcorn, which is large and fluffy, black popcorn is smaller and has a defined crunch. Black popcorn is an heirloom seed and hasn’t been cross-bred or genetically modified, which accounts for much of its unique texture and flavor. 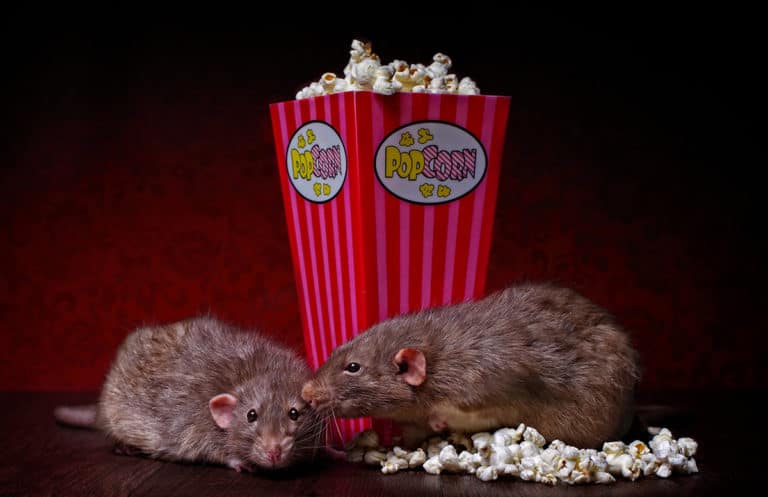