Popcorn is a delicious, practical snack that is well-loved by many, especially at the movies. But what exactly is a popcorn kernel? What’s going on when the popcorn is popping and before we add the salt and butter?

A popcorn kernel is botanically a seed, as each kernel contains an embryo, a seed coat, and starchy endosperms that feed the embryo. Popcorn kernels aren’t nuts, despite some popcorn companies using peanut oil in production.

The rest of this article will explain what a popcorn kernel is in detail, including whether it’s a seed or a nut, if popcorn is alive, and if corn is a perennial plant. It’ll also detail why popcorn makes a popping sound and why some kernels fail to pop at all.

Is A Popcorn Kernel A Seed?

When you think about edible seeds, there’s a good chance that sunflower or pumpkin seeds come to mind before a bowl of popcorn kernels. However, each kernel of corn that you pop is actually a seed.

This means that any healthy corn kernel has the potential to germinate if in the proper conditions with the right temperature and amount of moisture.

However, the likelihood of successfully growing corn from commercial popcorn seeds is slim, as most popcorn kernels are hybrid corn varieties grown for culinary use. They are therefore not necessarily viable for germination.

If you’re committed to growing corn from popcorn kernels, your best bet is to use heirloom kernels instead of packed kernels, like in microwave popcorn bags. I like these Tiny But Mighty Heirloom Popcorn Kernels from Amazon.com. The reason is that they are the only kind of popcorn that doesn’t get stuck in my teeth.

They taste great and are easy to digest.

Is Popcorn A Nut?

Popcorn is not a nut. Nuts are technically dry, single-seeded fruits with high oil content, usually surrounded by a solid outer layer. Botanically, peanuts and almonds aren’t even true nuts.

Corn is a grain, although it’s often considered a vegetable or starch in terms of culinary use.

The kernel, the part humans eat, whether it’s popped or not, is a seed, not a nut. However, this doesn’t mean that all popcorn is safe for those with nut allergies to consume. Some popcorn is made with peanut oil or is prepared using equipment that handles nuts.

There are quite a few popcorn companies that are completely nut-free. For a nut-free snack for the whole family, I like Jolly Time Healthy Pop 100’s, found on Amazon.com. Each bag has 100 calories, and they are seasoned with butter and sea salt.

Because popcorn makes noise when it’s popped, it may seem like it’s alive, and in some ways, it is.

Popcorn is alive, but it is in a dormant state. The corn kernels on the cob are alive while the cob is growing, and even after the kernels are removed, they’re still seeds capable of producing a new plant.

Seeds are in a dormant state when they’re removed from their host plant, so they require fewer resources to stay alive.

However, most popcorn kernels that you buy for consumption have been in a state of dormancy for so long that they won’t be able to grow a new plant. Seeds are declared dead when exposed to extreme conditions for too long, such as heat or humidity.

The ideal storage condition for seeds is in a cool, dry place, and most popcorn manufacturers don’t bother to keep their kernels in these conditions, as they know most of their customers are purchasing the product to consume, not to plant.

Is A Popcorn Plant Perennial?

A popcorn plant is not perennial. Perennial plants are plants that live for many growing seasons, renewing their parts even after harvest. Corn isn’t perennial, and it’s replanted every year.

There are advantages to perennial crops.

Farmers save time and money because they don’t have to repurchase or replant the crops every year. Additionally, the roots add organic matter to the soil and keep the soil healthy. Unfortunately, corn is sensitive to frost and several common pests, including raccoons, deer, and beetles.

If you’re looking to grow a popcorn-adjacent perennial plant, Popcorn Cassia can be grown as a perennial. This plant has golden yellow flowers and gets its name from its scent, which some say reminds them of buttered popcorn.

So, you may not be able to make popcorn from this plant, like you could with corn, but at least you’d get the smell.

Why Does Popcorn Pop?

Popcorn pops because of chemistry and physics. The popcorn kernel’s outer layer is impervious to moisture when it’s intact, which acts as a pressure vessel that leads to popping. Inside the outer layer, starch and moisture makes up the endosperm.

The kernel’s incredibly hard before it’s popped, which is why you need to be careful about biting down too hard while munching on popcorn, in case there’s a pesky unpopped kernel waiting to break your tooth.

When heat is applied to the kernel, the moisture trapped within the outer shell turns to steam. This heat gelatinizes the starch, making it malleable instead of hard like it was before heating.

Eventually, the pressure of the heat surpasses the strength of the outer shell, at which point the shell ruptures, which is the popping sound you hear when you’re making popcorn. The steam expands and causes the starch to puff into a soft, fluffy kernel, perfect for snacking.

Why Do Some Kernels Fail To Pop?

Have you ever been enjoying a bag of popcorn only to discover many unpopped kernels inside?

Some kernels fail to pop because of a faulty hull. If the outer shell has a crack, the pressure won’t build, and the shell won’t be ruptured. Instead, the steam just leaks out of the kernel. Another possible reason is low moisture.

If there isn’t enough moisture within the shell, not enough steam will build in the kernel to gelatinize the starch.

Technically and botanically, popcorn kernels are seeds, even though growing corn from an unpopped kernel might be difficult. The kernel’s seed structure allows it to pop and form the fluffy, delicious popcorn kernels perfect for snacking. 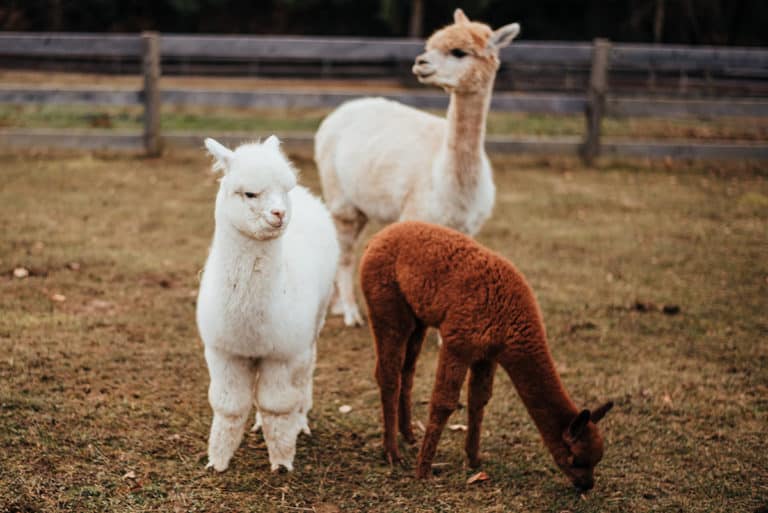 Popcorn is a universally loved snack, not just with people but also with many animals! What about alpacas and llamas—can they eat popcorn? Alpacas and llamas can eat small amounts of plain, unflavored popcorn without many concerns. Sugars and other kinds of flavor coatings and powders you can add to popcorn can be dangerous to… Popcorn is the perfect snack for a late-night movie or a get-together. However, it’s sometimes hard to decide the amount of kernels you’ll need to pop. For instance, how much popcorn does ½ cup (64 g) of kernels make? ½ cup (64 g) of popcorn kernels should make approximately 16 cups (3790 g) of perfectly… Imagine you’re sitting down to your favorite movie with a big bowl of popcorn when suddenly, pain strikes. You may have gotten a popcorn kernel lodged between your teeth or even stuck in your gums. Now you’ll probably spend the rest of the movie trying to discreetly remove the popcorn from your teeth unless you…