Popcorn is known around the world as a delicious, popular snack, and rice cakes are known as a good replacement for other grains in a person’s diet. Both are considered to be healthy alternatives to other less healthy snacks, so here’s the question. What is the real difference between popcorn and rice cakes?

The main difference between popcorn and rice cakes is the fact that the two of them are made from completely different grain families: rice and corn. However, there are several health differences in these two snacks such as glycemic index, fat content, fiber content, and carbohydrate content.

Still interested in learning more? Read on to learn the basic nutritional differences between rice cakes and popcorn as well as the pros and cons of eating both of them. You may be surprised at what you find!

As mentioned above, the first and most obvious difference between popcorn and rice cakes is that they are both made from two completely different grains (corn and rice). However, you will realize that most of the differences lie in the nutritional value of the grains. Here are some major differences that you may want to think about.

People believe that rice cakes are usually a healthy alternative to most other grains. Well, after learning a thing or two about them, you may want to think twice.

Popcorn can have as much as 78 grams of carbs, rice cakes only have 7.3 grams. Starting to see the differences here?

Popcorn may be higher in carb and fat content but it still has nutritional content as well. Rice cakes don’t have fat, but they also have pretty much no nutritional value to offer.

People are often fooled into thinking that rice cakes are actually good for you because they have few carbs and no fat, but the truth is that they don’t really do a whole lot for your body.

Another difference that you may find shocking is the toxin content found in rice cakes. Rice cakes actually contain trace amounts of arsenic and alloxan, both of which are fairly strong toxins.

Of course, the amount found in rice products is not nearly enough to kill or even make ill a human being, but they still are not the best thing for you to consume. A large amount of consumption over time could potentially take a toll on your health.

At the end of the day, these two so-called health foods may not be quite as healthy as you thought. Both have different contents but neither should probably be your first snack of choice. However, if you had to choose one, popcorn would probably be a safer and slightly healthier bet. To find out for sure, let’s take a look at a few pros and cons of consumption.

The Pros and Cons of Consumption

Each of these snacks obviously has its issues, but there might still be a few pros to eating them too. Read on to discover the honest to goodness pros and cons of eating each. Hopefully, it will help you decide which is worse and which is better for you!

Despite its low content of, well, anything, rice cakes are indeed a gluten-free and low-carb snack. Whether you are trying to eat a lower-carb diet or simply keep yourself in check, rice cakes are an easy low-carb option.

They are gluten-free and not nearly as calorie-dense as many other grains often tend to be. Rice cakes are a perfect way to satisfy any of your carb cravings.

Possibly the biggest reason rice cakes are so popular is their convenience and versatility. Rice cakes are pretty flavorless which means almost anything can be added and it will still taste good. Whether you make it sweet or savory, rice cakes can be made to fit pretty much anyone’s fancy.

You cannot eat a lot of rice cakes if you want to keep your health and weight in check. One or two might satisfy a temporary carb craving it’s true, but unfortunately, rice cakes are what are called empty carbs.

They are made mostly with starch and sugar, making them fairly unhealthy. In addition, empty carbs don’t satisfy hunger for very long. Cravings perhaps, but hunger not so much.

As mentioned before, rice cakes possess almost no nutrients at all. In reality, they are pretty weak and temporary solutions to carb cravings, health, really anything. The puffing of the rice depletes the cake’s supply of any previously existing antioxidants, plus it contains amounts of toxins that could be potentially hazardous to your health.

If you choose to pop it yourself, popcorn can be a healthy, unprocessed food to snack on. Obviously, the average American probably eats a little too much popcorn per year, but if you carefully control your portions, you can’t go wrong.

Additionally, popcorn contains several grams of dietary fiber which is a huge benefit to your digestive system. It will also reduce your risk of cardiovascular disease and diabetes.

Popcorn not only contains good amounts of dietary fiber, but it also contains a good amount of polyphenols. These antioxidants are often a large part of protecting your body from diseases such as cancer, osteoporosis, cardiovascular disease, diabetes, and many neurodegenerative diseases.

Popcorn contains antioxidants and fiber it’s true, but unfortunately, most popcorn nowadays has been treated with a lot of GMOs. This makes it a tad less healthy for consumption.

Butter and salt are a staple for popcorn most of the time. These two things will put a good chunk of fat and sodium into your diet. If this goes unchecked, it can be pretty bad for you as well. Sodium especially can be problematic. An excess of it can lead to extremely high blood pressure and many related health issues.

Now that you know the facts, you can choose between popcorn and rice cakes.

Soda and popcorn are classic snack combinations that go hand in hand, and are perfect for a movie night after a long day at work. Given the almost unlimited soda and popcorn combinations out there, it can be hard to know what soda will go best with popcorn. Thankfully, there are some tried and true… Even though we humans can eat many things without worrying about our health, some animals need to be more careful. Popcorn is an example of perfectly safe food for humans, but what about cows—can cows eat popcorn? Cows can eat popcorn in moderation, as long as it’s plain and has no added butter, oil, or… 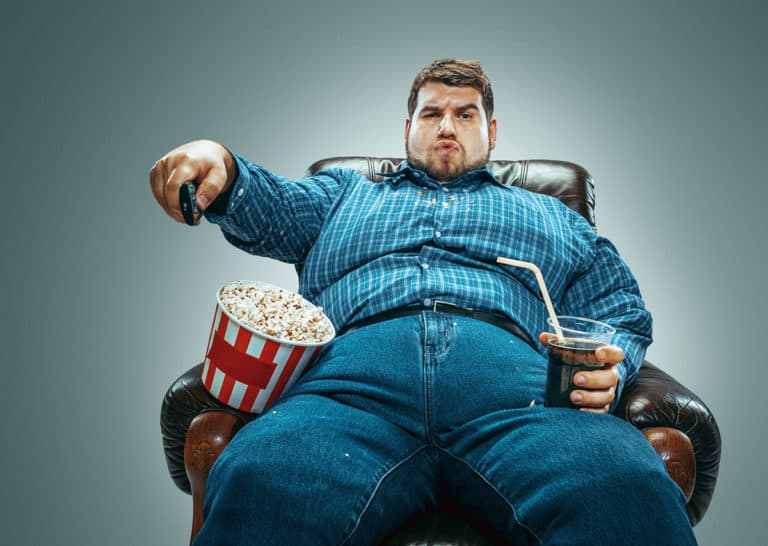 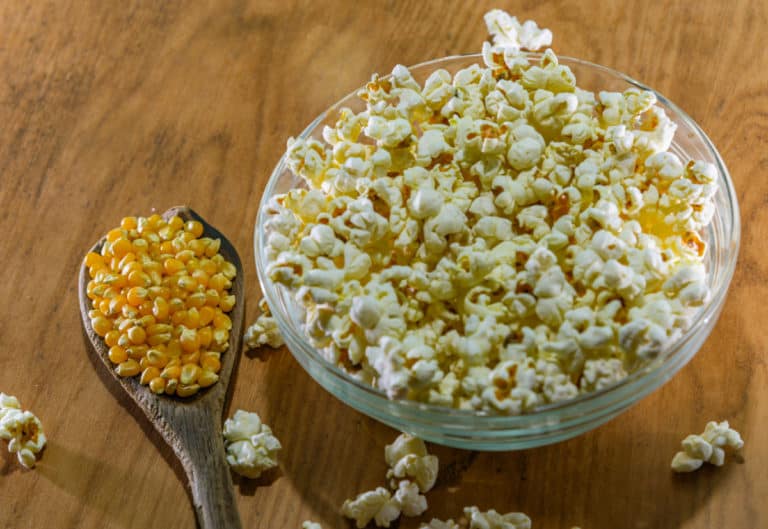 Bodybuilding is a serious sport, and as such, sacrifices must be made. But just because you’re trying to lose fat and build muscle, does that mean you have to give up all the foods you’re in love with? For instance, do you have to give up popcorn? Bodybuilders can eat popcorn and it can even…

If you are wondering if your cat can eat popcorn, then you have come to the right place. Cats oftentimes cannot resist the smell of their owner’s popcorn and they will steal some for themselves. If you have noticed that your cat has been eating your popcorn, then you may be worrying that it is…