Popcorn is a mouth-watering and healthy snack that people of all ages love. It’s fascinating to see and hear the small corn kernels pop in the cooking pot, jumping in the air, and changing into a white, edible mass. Although popcorn has been around for centuries, many people don’t know what kind of corn makes popcorn.

The kind of corn that makes popcorn is Zea Mays L. var. Everta, a healthy whole grain. There are different kinds of corn (maize) in the world, including popcorn, sweet corn, flint corn, field corn, etc. Interestingly, popcorn is the unique corn among them because it’s the only corn that pops.

In the rest of this article, I’ll discuss what kind of corn makes popcorn and how popcorn should be grown, harvested, and stored. I’ll also discuss some types of popcorn available.

Can Any Corn Be Popcorn?

Zea Mays var. Everta is the only kind of corn that can become popcorn. This kind of popcorn has an outstanding characteristic from the rest: its ability to pop. It is also naturally gluten-free and low in fat.

There are other corn varieties, including flint corn that we use to make hominy, sweet corn that we love eating on the cob, and field corn that feeds animals.

Popcorn has been around for centuries. Archeologists found popcorn remnants in Mexico that date back to 3600 BC. Some historians claim that popcorn is among the first corn in human history.

Zea Mays var. Everta produces smooth kernels that are smaller than kernels of other corn. The outer cover (pericarp) becomes very hard and water-resistant when the popcorn seeds dry. You find the plant’s embryo, some soft starch, and about 14 to 20% water in the kernel.

Popcorn comes in a variety of colors beside white and yellow, you have blue, black, and red too. Yellow popcorn when popped has a yellow hue to it while the other colored kernels usually pop white.

You can have snowflake or butter fly shaped popcorn which is used at movie theaters. Mushroom which pops round is used for caramel popcorn as the topping adheres better to the popcorn.

Our favorite popcorn is hulless popcorn where the hull breaks up into little pieces and doesn’t get stuck in your teeth.

How Does Popcorn Pop?

The little water inside the kernel makes popcorn special; it’s the key to popping. When making popcorn in a hot pan, the water in the seed heats up and converts to steam if the temperatures are above 375°F (190.56°C). As the water continues to heat, pressure builds up inside the kernel, and it pressurizes the pericarp.

When the pressure inside the pericarp becomes excessive, the kernel expands to more than 20 times its original volume, and the kernel explodes, making the popping sound. When the corn ruptures, it’s turned inside out as the starch bursts out. That’s how we get the white, crunchy, and fluffy stuff we so love (popcorn).

What makes popcorn unique from other types of corn is that the other types of corn don’t have sufficient starch and water inside. They also don’t have an outer kernel that’s hard enough to make them explode when you heat them in high temperatures. If you try popping other corn, they’ll most probably get burnt and stick to the bottom of the pan.

How Is Popcorn Grown?

Like other kinds of corn, popcorn grows in rich, well-drained soils, plenty of water in the growing season, and full sun. Popcorn doesn’t transplant well, so it’s best to seed them directly in the garden when the soils are warm.

For instance, if you grow sweet corn and popcorn together, there’ll be cross-pollination, and you could end up with poor quality popcorn, popcorn that doesn’t pop well. The quality of the sweet corn could also be affected and, therefore, might not be as sweet as usual.

When Is Popcorn Harvested?

The point at which you harvest your popcorn largely determines the quality of your cooked popcorn.

Popcorn is harvested when the moisture level of the corn is about 17%. Generally, it’s best to let the corn remain in the field as long as possible so that the husks and ears of corn dry out on the stalks.

How Do You Store Unpopped Popcorn Kernels?

The way you store popcorn after harvest will also determine the quality of your popped corn. So, once the crop is ready for harvesting, pick the corn and remove the husks. Put the cobs in a mesh bag and hang the bag in a dry, well-ventilated place; this is the curing period to help the corn attain the desired moisture level of about 14%.

To store unpopped popcorn kernels, after the curing period, shell the kernels, remove the corn from the cob, winnow the grains, and put them in airtight containers. When you keep popcorn this way, it retains its moisture levels and can last for months.

Popcorn is a delicious and healthy snack that’s easy to make. The kind of corn that makes popcorn has been around for ages, and it’s unique as it’s the only type of corn that pops. The quality of popcorn depends on the quality of seeds and the growing, harvesting, and storage methods.

Today, large popcorn producers are constantly looking for ways to improve popcorn quality, and they get scientists to create new popcorn hybrids and strains. With these evolving trends, the demand for popcorn will keep growing in the future. Rabbits are often known for munching on vegetables and different plants in your garden. But for your rabbit, it is important to know which vegetables it can and cannot eat. One of these vegetables in question is corn in all forms, including popcorn. Popcorn and corn in all forms is bad for rabbits. You should… 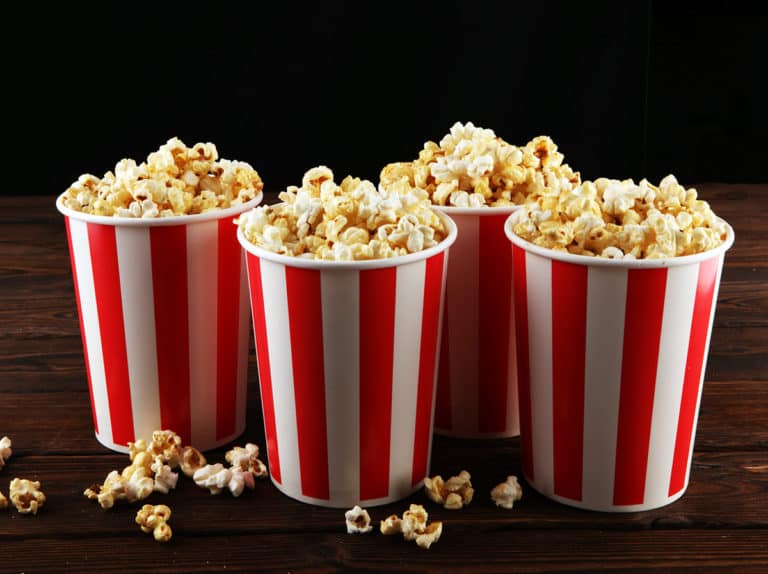